You can choose a year to view it's archive. For Archive sorted by space click here. 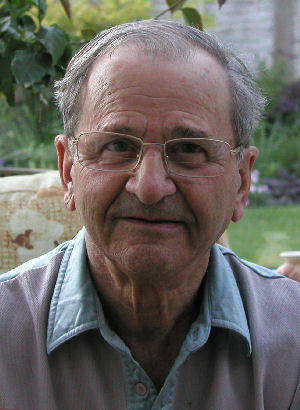 This set of views of Hagley represents the culmination of 40 years of collecting by me starting in 1963 and finalising the collection into some sort of order in 2003. The views range from the later part of the 19th century up to the 21st century and were arranged in a sequence representing a tour of the village starting at the western end by Stakenbridge Lane and finishing up near the Hall and Hall Lane. At various points the scene is taken back in time so that a comparison of the changes taken place over the years can be seen.

Most of the views taken in the period 1963 - 2003 have been taken by myself, the older views being copied from photographs loaned to me by older residents, (mostly now deceased), or from old postcards.

I hope that this collection will prove of interest to present and future residents of Hagley either for research or just plain nostalgia!

It was my intention to transfer this collection to Compact Disc and to deposit a copy in the local Library for the use of residents and this is now possible thanks to the skills of Nick Templar. The originals, together with all negatives and plates are to be deposited for safe keeping in the County Records Office in Worcester. 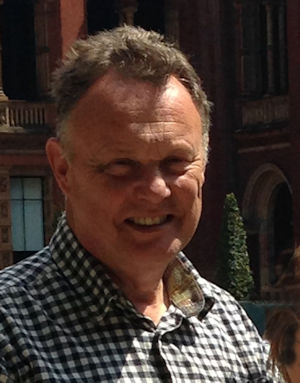 Since I saw my first computer in the Bowring Building at Tower Hill in 1968 I have been fascinated with them. That computer took up the whole top floor of the building and probably had less power than my first Sinclair ZX Spectrum. In 1994 when the internet became available I signed up straight away and found that I was born thirty years too soon!

I started hagleyvillage.org in October 2004 at the suggestion of Dr. Dave Richards, the site name was suggested by Trevor Durnford who lived in the village at that time, and it is an online representation of the village news. Apart from the history section, the only departure is a photo archive of the village and between 2004 and 2007 I continually reminded myself that I should track down some old photos of the village, I knew that someone had a few, I had seen them at the Community Centre and on the 2006 Free Church calendar.

I had no idea that Martyn Lister had accumulated so many village photos when we first met in September 2007 and over the next two years I scanned and started cleaning each frame to show visitors how Hagley has changed from a charming country village to an imploding crowded place, surrounded by an ever threatened green belt. Frames from 2004 up to the present have been added by me.

My granny said to me once, "One day we will be all roads and houses", and she was right!

This part of the village website was started in 2007 and finished in 2014 during which time each image was cleaned, sorted and checked against the text. The images were taken from slides, often taken from original photo's or glass plates and many of them were in very poor condition indeed. These two images show a before and after. To re-master each picture took up to ten hours of mind numbing work. 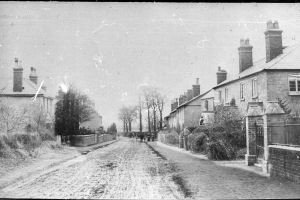 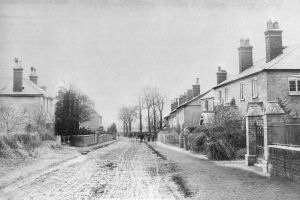 In the original design for this micro-site it was intended to link the pictures to a set of rollover maps, so you could see how the streets have grown-up around the village, which in-turn would link to the database east-west north-south references so you could steer through space and time. Unfortunately Hagley lies in the centre of 4 OS maps and six editions (24 maps) costs over £1000!