In 1086 the services which we take for granted these days and only notice when they either fail or the bill comes in for water, electricity etc., did not exist and by 1900 things were not much better. Much of the water supply came directly, or indirectly, from springs or wells. In the 1750&#39;s a spring in Hagley Park was linked to Hagley Hall, by lead pipes, and to houses by 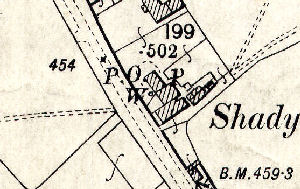 the Lyttelton Arms, Hall Lane and School Lane. This supply was used until well after the 1939-45 war. Houses in West Hagley i.e., Worcester Road, had wells which are shown on the 25" O.S. map of 1904.

The same map does not show a sewage works. Despite the outbreaks of cholera in Stourbridge and other local towns Hagley did not have a sewage system until well into the 20th century. Keeping warm in 1086 was a matter of gathering wood for an open fire and lighting would probably be from candles or simple oil lamps. In 1900 coal was available for heating, delivered by horse-drawn flat carts. 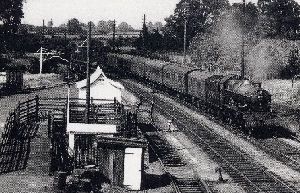 The coal was in one hundred weight bags filled from coal wagons in the goods yards north of the railway bridge leading to Brake Lane. Gas was a modern luxury available to parts of Hagley and, in the main, was used for lighting. If you did not have gas you used paraffin lamps or candles. Incidentally, the railway station enjoyed gas lamps before most houses did and certainly before there was any street lighting.